Scientists are exploring the miniature world of tiny organoids formed in the culture plate, in order to see how these small models are creating wonders in the world of biological research. During the initial period of the investigations, scientists could learn more about different diseases, when the disaster already happened.  However, in the later stages of research, neuroscientists have learned more about safety as well as the feasibility of using primary cells isolated from relevant tissues as in vitro experimental models to identify what is happening inside the body. Although, the subject has been acknowledged to be less devastating; it still has many limitations. When compared rat brain with the human brain, there is a significant difference in the physiology as well as internal mechanism. And in no way, a single cell cultured on a plate outside the human body can mimic the complexity of the human brain as a whole.

These limitations identified in the conventional methods of neurological research raise one of the important concerns that “Will it be ever possible to capture all these intrinsic pathways in a culture plate, in order to analyze how exactly our brain functions?”

Fortunately, the answer is positive! Researchers have developed different ways to coax stem cells and channelize them through different routes to promote the formation of organoids. Since as these organoids grow, they can mimic the development of human brains and hence, are also identified to be as the mini- brains.

Organoids are thus identified to be like the lab-grown realistic models of different organs. Out of the many organoids comparable with that of the heart, ears, pancreas, etc, the one gaining serious attention is the human brain. These cerebral organoids that have been first developed by Lancaster et al, can be grown up to 3-4 mm in the laboratories and survive for up to 10 months. Further investigations with the help of different staining procedures confirmed the distinctive formation of forebrain at 16th days of development as well as significant categorization of ventral as well as dorsal cortex in the later developmental stages.  In this regard, scientists further proposed that these organoids created through skin epithelial cells or any other type can incredibly hold the better potential for demonstrating different channels leading to the pathophysiology of the neurological indications; and hence, can be treated as new, transformative models leading to the development of novel treatments for human neuropathologies.

Rewinding the neural development: Back from the fetal-development

Researchers are trying to figure out different abnormal changes associated with the neuronal development in the womb. Accordingly, a recent study presented by a team of scientist from the SALK institute further demonstrated how skin cells derived from a child with Autism Spectrum Disorder, acted in a different way, further exhibiting different patterns of neuronal development.

Thus, scientists are extremely hopeful towards the better potential of these organoids leading to better technical advancements; further opening many new avenues in the field of neuroscience.

Primary cells: The good, the bad and the frustrating!

Factors affecting data reproducibility and how to tackle them! 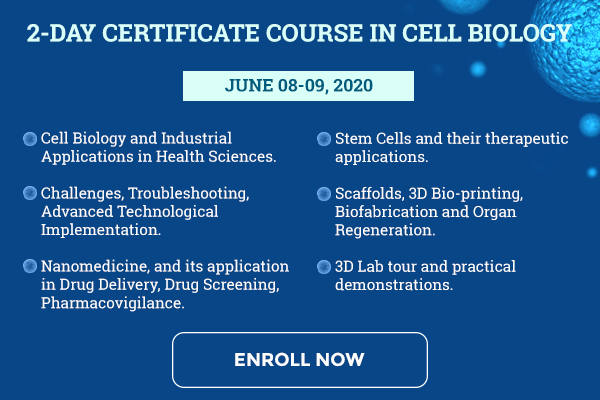 We are glad that you preferred to contact us. Please fill our short form and one of our friendly team members will contact you back shortly.